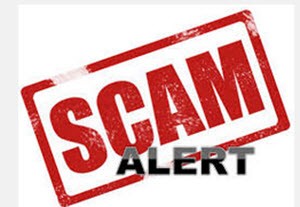 Where there is money, there are scammers. Unfortunately, the forex field is no exception. If you are interested in forex trading, it is very important that you chose a reputable forex retail broker with a good track record. Also, be vary of anything that sounds to good to be true. There are plenty of “get quick rich” schemes floating around in the forex world. Always be critical when reviewing any proposal, just as you would be within any other field, e.g. investing in real estate, stocks, art, antiquities, etc.

Here are two examples of forex swindles. Of course, it is just two of many examples. Simply typing scam + forex into a search engine online will provide you with an abundance of cautionary tales.

The ponzi scheme is named after Charles Ponzi who used this technique in 1920, but the basic idea has been around for much longer and is for instance described in Charles Dicken’s novel Martin Chuzzlewit from 1844. 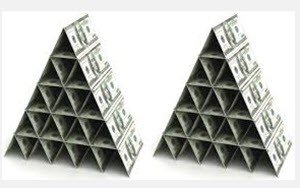 A ponzi scheme can be based on nearly any type of purported investment or speculation, including forex trade. One real world example is where the ponzi scheme operator – let’s call him Peter – offered people to invest in a novel new forex project, a project where a computer-generated program was to be used to make money on arbitrage transactions on the forex market. Peter made sure to make it sound very technically advanced and approached people that he figured would be especially keen on investing in such a thing. Instead of casting a wide net, Peter focused on inviting only a few select individuals from the community where he lived. This served to make the investment seem more appealing – it wasn’t open to just anyone! After the first group of investors had handed over money to Peter, most of the money Peter received from new investors where used to pay a large profit to the original investors.

Happy with their huge return and proud over their success on the forex market, these original investors gladly talked to their friends and business partners about Peter’s amazing computer program. More new investors sought out Peter, and at the same time, earlier investors where happy to invest even larger sums than before. With new money constantly flowing in, Peter cut keep the wheels spinning and pay out large profits. Eventually, he decided to put an end to the scheme, and after receiving several really big investments from well heeled individuals, he simply pocked the money and left town. Any attempts of going after him proved futile, and it was unveiled that Peter had been operating under a false name ever since he first arrived to the community.

This is another example of how a forex swindle can be carried out.

Of course, there is absolutely no guarantee that a person that receives two accurate predictions will be willing or even able to invest. But if you contact large numbers of people, your chances of finding a suitable victim will increase. Today, many forex scammers have therefore turned to emails or texts to send out a really big amount of messages. Calling 200 people takes a lot of time and effort. Sending out thousands of emails can be done in the blink of an eye. Earlier, many people would regard a phone call as inherently more trustworthy than an email or text, but today this notion is beginning to shift, partly because of the prevalence of dishonest or simply annoying telemarketers that contact people by calling them up.