The holder of a Foreign Exchange Certificate (FEC) has the right, but not the obligation, to convert one currency into another at a pre-specified exchange rate. The amount of currency that may be converted is also pre-specified and found in the FEC contract. 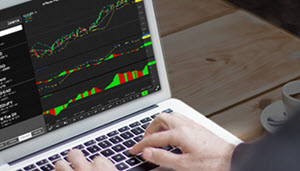 So, when can you exercise (use) your FEC? This depends on the conditions outlined in the FEC contract. Most FEC:s can be exercised on any date until they expire, bu there are exceptions. Among these exceptions you will for instance find FEC:s that can only be exercised on one specific day, or only on the second Tuesday of each month during the lifetime of the FEC.

Normally, FEC:s are created as bearer instruments. This means that anyone in possession of the FEC can exercise it or sell it.

FEC:s is one of many ways for companies and other entities to manage currency risk. By purchasing a FEC, the buyer can lock down an exchange rate right now for a future currency exchange.

FEC:s aren’t not only used to handle risk; they are bought and sold by speculators as well, hoping to make a profit. Since it is impossible to be sure of what future currency exchange rates will be, it is possible to yield a profit from FEC:s. If the FEC-stipulated conversion rate is better for you than the current market exchange rate (spot price), you can exercise the FEC and make a profit.

FEC:s are employed by some governments as a surrogate for national currency. This way of using FEC:s is quite rare today, but Burma (Mayanmar) was doing it up until 2013, and the Cuban convertible peso – which is still in use – could be described as a type of FEC.

Historically, using FEC:s in this fashion is something that governments do only when the national currency is subject to strict exchange controls or simply non-convertible. This was for instance the case in the Soviet Union, East Germany, Czechoslovakia, Poland, and Bulgaria when they were still a part of the east block.