AvaTrade began offering bitcoin trading with CFDs online in 2013 on the AvaTrader platform and the MT4 platform.

Founded as Ava FX in 2006, the company is headquartered in Dublin, Ireland and owned by a holding company based in the British Virgin Islands. Offices and sales centers are located in Paris, Milan, Sydney, Tokyo, Shanghai, and Ulaanbaatar. AvaTrade does not accept U.S. clients. The companies strongest markets are Europe and Asia, including the Middle East.

With a history of online forex trading that goes back to the mid-2000s, Ava FX is one of the trailblazers in the business. The name was changed from Ava FX to AvaTrade in 2013, as the company had branched out to offer much more than just foreign exchange trading.

You can chose between several different trading platforms. Two of the most popular ones are AvaTrade’s own AvaTrader and the third-party owned MetaTrader4 (MT4). Automated trading is offered through ZuluTrade, Currensee, Avondo and MirrorTrader, to mention a few. AvaTrade’s auto-trading software allow you to emulate the trades of other traders.

Examples of resources available from AvaTrade: 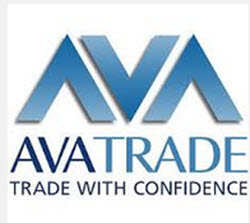 If you want to try out Ava Trade without making a deposit, you can sign-up for a demo account. The demo account is filled with $100,000 in play-money that you can use to carry out trades and learn how the platform works.

AvaTrade does not charge a commission on trades. Instead, they make money from the spread. The spread is normally somewhere between 3 and 7 pips.

AvaTrade often have short-term bonus offers and other promotional activities.

The customer support for AvaTrade can be reached by phone, email and live chat. Email is sent through the email form at the site. Over 30 national phone numbers are available, so you may not have to make an expensive call abroad to get phone support from AvaTrade.

You can apply for an AvaTrade Debit Card. Having this card will give you access to your money quicker when you make a withdrawal from your trading account.