If you want to understand the modern FX market, a good place to start is the ancient cultures of the Mediterranean basin. By understanding how trade in foreign coins gradually developed from this hub of commerce, it is easier to understand the underlying mechanisms of today’s seemingly chaotic FX trade. After all, the basics are still here today – people need to exchange one currency for another in order to efficiently engage in international trade. It is easy to fall into the trap of thinking that FX trade is a modern invention, but this is far from true. 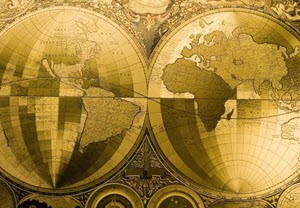 Did you for instance know that forex trading was an important profession during Antiquity, especially the changing of Greek coins into Egyptian coins and vice versa. One of the earliest examples of minted coins were the ones minted on the island of Aegina in the Mediterranean. Eventually, Aegina, Samos and Miletus all minted coins for the Egyptians through the Greek trading post of Naucratis in the Nile delta. Coins were introduced to Persia after the fall of Lydia in 546 BCE. During the 5th century BCE, the Phoenicians were minting coins and spreading the practice to the Carthaginians. The Romans started minting their own coins in the 4th century BCE. The Achaemenid Empire brought coins to India, and during the 2nd century BCE Indo-Greek kingdoms were minting bilingual coins.

During antiquity, coins were usually made from metal alloys and could be melted down. This didn’t mean that money exchangers were superfluous. On the contrary, there are plenty of examples in antique sources of people making a living from exchanging coins and charging a commission. During late antiquity, it was common for silver-smiths and gold-smiths to also engage in currency exchange.

In Talmud – a central text of Rabbinic Judaism – money changers working in Jerusalem are called kollybistẻs. They worked in their own exchange offices during the weekdays, and congregated in and around the Court of Gentiles (near the Second Temple) during religious holidays.

After the split of the Roman Empire, Constantinople became a center for international trade. Strategically located between the Mediterranean and the Black Sea, Constantinople was literary the spot were Europe met Asia. By the 5th century CE, forex trade had become such a profitable and important business in Constantinople that the government of Byzantium declared a state monopoly on it.

An important step in the development of forex trade in Europe were the many banks opened by the Florentine Medici family in the 15th century. By owning banks in several countries and city states, the Medici family could profit from foreign currency exchange while also help facilitate the growing international trade in textiles.

During the 1600, the Netherlands – with Amsterdam as its focal point – emerged as a driving force in European trade, chiefly due to Dutch merchant ships bringing in goods from the New World as well as from Africa, Asia and the northernmost parts of Europe. From Amsterdam, highly desirable imported goods were dispersed throughout Europe, and Amsterdam – unsurprisingly – turned into a hot bed for a rather complex foreign exchange trade.

The introduction of formal gold standards 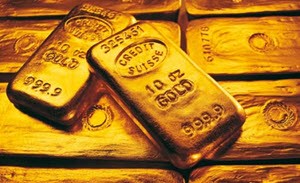 In the early 19th century, the gold content of the Gold Sovereign was fixed at 1320/5607 troy ounces by the Coin Act of 1816. The United Kingdom thereby introduced a formal gold standard for coins, not just back in Britain but also in the colonies Australia, New Zealand and the British West Indies. This was a move that would have a huge impact on forex trade both in and outside Europe.

The United Province of Canada implemented their own gold standard for coins in 1853, and its neighbor Newfoundland did the same in 1865. 1873 was the year when both Germany (de jure) and the United States of America put their own respective gold standards for coins into law, and Sweden and Denmark formed the Scandinavian Monetary Union and fixed their currencies against gold at par to each other. Two years later, Norway joined the Scandinavian Monetary Union and pegged its currency to the same gold standard as its neighbors. Read more about Swedish gold.

Gold standards for coins remained well into the 20th century as large-scale modern forex trade emerged. As the 20th century commenced, New York, Paris and Berlin had become hubs for large-scale international forex trade, but London was hot on their heels. In 1913, nearly half of all forex trades involved the British Pound Sterling and over 70 foreign banks had offices in the city. London would soon emerge as a dominant force within the field of fx speculation. This is quite amazing if we consider that in 1902, there were no more than two registered forex brokers located in London. By 1922, the number had increased to 17, and during the following two years it was bumped up to 40.

In July 1944, the Bretton Woods System was created by delegates from over 40 Allied nations attending the United Nations Monetary and Financial Conference. Each country that entered into this system was obliged to keep its currency tied to a gold standard and not allow the currency to fluctuate within a range larger than 1 percent.

After the end of World War II, the FX dominance of New York and London was challenged by a new player – the flourishing Tokyo. Tokyo was rising from the ashes of war to become an eastern hot spot for forex trade, especially for South-East Asian currencies.

In 1971, the USA unilaterally abolished the gold standard for the USD. The fixed-rate Bretton Woods System collapsed and was gradually replaced by a free-floating system. The Smithsonian Agreement was signed in December 1971, where the USA agreed to peg the USD at $38/ounce while certain other countries pledged to appreciate their currencies versus the USD. This agreement also established a permitted trading range of 2 percent.

The Smithsonian Agreement turned out to be a short-lived attempt. After the price of USD on the gold free market began to drop, a 10 percent devaluation of the USD was announced on Valentines Day 1973. The countries that had their currencies pegged to the USD abolished their respective pegs and entered into a free-floating system instead.

Another notable year for the FX trade was 1981 when the People’s Bank of China allowed selected domestic enterprises to participate in FX trading. This was also the year when South Korea abolished its forex control.